His word was ever for national honor and international good will. In June last, my last day in London was spent in his home. The burden of his heart was the problem of listing the press of Britain and America in a resolute fight against the war syndicates that everywhere menace the peace of the world. Most of all did he long for the Anglo-American arbitration treaty, and he did his share in securing for it the support of British statesmen and of British public opinion.

His very last word when I saw him the last time was, "Remember the English-speaking fraternity, and that in it Canada holds the key-position. What words Mr.

Stead would have spoken, had he been here to- night, no man can say. Speech and speaker went down into the silence of the sea.

But two things he might have done: he might have made us face the awful facts of war, and he might have heart- ened us with the confident evangel of peace. First of all there is the fact of war's incurable folly. Between civilized nations, war never did settle the real question supposed to be at issue. No question is ever settled until it is settled not by might, but by right. Brute force is not the measure of right.

The issues of right and wrong are moral issues. They are not settled rightly by armies and navies and the strategies of war. No one knew better than Stead knew that the problem of life in South Africa at issue between Briton and Boer was not settled at Magersfontein or at Mafeking or at Paardeburg. That problem began to be settled when the jingoes and exploiters and war fanatics on both sides were swept out of the way, and Boer and British sat down and reasoned together in the new Parliament of Peace.

Questions of vital interest or of material honor never can be settled creditably to any civilized nation by the outgrown instruments of barbarism, even as questions of personal honor or of personal interest between civilized men can- not be settled justly or with dignity by fists and clubs. A second fact which Mr. Stead might have made us face is the grow- ingly conspicuous fact of war's intolerable burden. 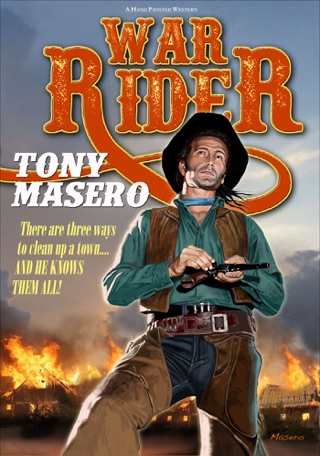 At a ratio simply appalling the resources of the nations are being absorbed by expendi- tures on armaments and by the interest on war debts. But there are other facts of war even more serious than its incurable folly or its intolerable burden. There is its irreparable loss. War debts are a burden, but the loss that has no gain to match is the wanton and uncompensated waste of the manhood of the nations.

War's financial burden is heavy, but war's biological reaction is damage beyond repair. War wastes the hard-earned money of the people, but its waste of blood, its waste of human protoplasm, its waste not only of the lives of brave men who die, but its incalculable waste of whole generations of possible heroes who ought to have been, but are not, that waste is wild and prodigal, and never can be gathered up again.

They argue that the nation makes progress through the survival of the fittest. Sir, in war the law of progress through selection and survival is reversed. The fittest do not survive. In the competitions of peace the weak, the cowardly, the unfit, go to the wall, but in the fierce testing of men on the march and on the battlefield it is the strong, the daring, the courageous, who fall. War's insatiable call has ever been, "Send us the best ye breed. The best go first. The best stand in the forefront. The best are first to fall. And, if nations rise by the survival of the fittest, so by the same inexorable law there comes national reaction and decay, when the fittest are destroyed and the parentage of the nation is left to the inferior and the unfit.

The law works both ways. If it is a ladder by which the nation may climb to higher levels of physical fitness and moral character, by that same ladder the nation may sink to lower grades.

If the science of eugenics means anything, it warns against the degeneration which results from the dominance of the defective, the cowardly and the self-seeking. And all history gives point and emphasis to that warning.

Many causes conspired to the decay and destruction of the nations of antiquity, but one abiding and persistent cause was the continual and relentless wars whose records make up almost all there is of ancient history. In the days of Rome's imperialism the Roman eagles flew over all the world and Roman law blazed the way for civilization. But the wars of the Caesars were the slaughter- time of Rome's choicest sons.

The Roman legions drew off the picked men of Roman citizenship. The strong, the daring, the heroic were foremost in the fight and soonest to fall. The con- scription gathered for the slaughter all the fit, and left behind only the weaklings, the stall-boys, the slaves to father the next genera- tion of Roman citizens. From that blood came not statesmen and generals and intrepid heroes, but, as history records, "fops and dandies. The decline and fall of the empire was inevitable.

Blood tells. So with France. Nor even to this day has France recovered from the awful loss of her best blood in the Napoleonic wars. The best were taken from mid-life, then from old age, then from youth. In that loss France found no gain to match. And what says the history of Britain?

Every part of the United Kingdom tells the same story. From every parish the choicest sons, generation after generation, went out to war. Sons of the palace and sons of the manse, sons of the castle and sons of the cottage, out they went, the best the nation bred, and only the shattered remnants ever came back. Every village has its monument. In every great cathedral and in every parish church you may read in marble and brass the telltale lists of officers and men. Worse it was than the Egyptian sacrifice of the first-born, for war is no respecter of persons. What wonder that England has suffered loss!

What wonder that the city slum fills up with the human dregs, and that through the vil- lages disease from the barracks and Indian camp life leaves behind the white-faced, the hopeless, the unfit! The toll taken from Ireland and from Scotland was not less wasting than from England.

Every valley, every moor, every hamlet, every mountain glen, they all sent of their best, and their best never came back. In the Highland shires and islands of Scotland the loss was perhaps worst and most wasteful of all. Life there was rugged and hard. 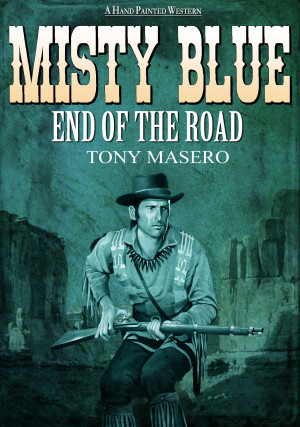 The weaklings died in infancy, and through the survival of the fittest there was bred their race of kilted giants. The Union Jack flies over no spot of earth that matched with its soldiers the Isle of Skye. No regiments ever brought greater glory to the flag or died more daringly for its honor than did the Scottish regiments in the kilted tartan. But at what a price, not to themselves alone, but to Scotland! The tragedy of the Celts is in this sentence: "Forever they went out to battle and forever they fell.

No Chisholms are left in Strathglen. The Mackenzies are few at Lochbroom. In the gloaming glens of the West Highlands is a silence deep as death, where once a thousand men would start up in a night at the call of Argyll. No Lord of the Isles who sleeps at lona could ever again gather a clan worthy his tartan, though he blew all night in the pibroch of Donald.

From the days after Cul- loden on every battlefield where Saint George's banners flew the Scot- tish war-pipes sounded shrill and clear, and the reddest blood of Scotland was poured out without stint. But at what a cost! And the cost was not alone in the death of so many brave men who fell, but that those heroes in their youth and their prime left no breed behind. The heroic sires died with heroic sons unbred in their lives. It is the countless heroes who ought to have been, but are not, that never-ending phantom host who had no chance at life, had they taken the places left empty by the fall of their sires, the loss had not been so far beyond repair.

In vain does Kipling try to reconcile us to Britain's irreparable loss by glorifying the lavish abandon of the sacrifices she made:. Paid in full! And the waste and burden of that toll is the nation's tragedy to-day. The blood that went to sharks and gulls might have been the seed of the Greater Britain. And what of these United States? What has been war's loss to this Republic? Its financial burden is heavy enough. For a young and peaceful nation to spend more than sixty-seven per cent, of its entire annual federal revenue on armaments and war debts is surely an appalling situation.

But what about your loss in manhood, in moral fiber, in genuine patriotism? I put this question to you thoughtful Americans, as I put it to your President and to members of his Executive Council: How comes it that this young Republic, born for freedom, consecrated anew to government of the people, by the people and for the people, is at this moment threatened in the very citadel of its de- mocracy, and menaced not by foes from without, but by organized treason and selfishness and graft within?

How comes it? Has it any relation to the fact that a generation and a half ago in your one great war more than , men of the North and more than , of the South, the youth and strength and hope of both North and South, died on the altar of heroic patriotism and left no breed behind? Perhaps the sacrifice was necessary, and perhaps not; but at what a price!

Dare you even yet face with open eyes the human loss in that one war? The loss to the North is beyond measure. Old men from Massachusetts weep when they recall the lads in their tens and twenties, the thousands of them, who marched out with them and never came back. To take the seasoned soldiers and the men past their prime were loss enough, but yours was the slaughter of the innocents in the bloom of their young manhood. And in them were slaughtered, too, the sons of their heroism who ought to have been with us to-day, but who never were born.